< back to Fancy Papers & Doilies index
Metallic Foil Paper
Vintage 'Rauschgoldengel Doppelfolie'
Our double-sided, heavy weight metallic foil papers have a brilliant sheen
that makes them ideal for use in art projects, decorating and holiday crafts.
Old stock from Western Germany, they are available in limited quantities. 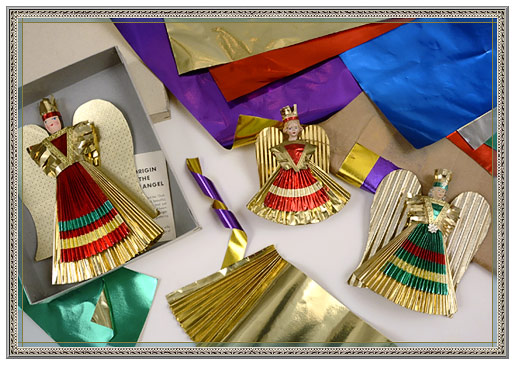 Made in West Germany ~ Circa 1950
Vintage Metallic Foil Papers

Old stock 'Rauschgoldengel Doppelfolie' foil paper that was made in Western Germany for the production of their famous Nuremberg Christmas angels, this double-sided metallic paper is bright and shiny with vivid colors.
Made from two pieces of colored metallic foil with a thin layer of paper in the center, when you shake the paper it actually "rustles" with a metallic sound. A wonderful paper for all manner of craft projects, it makes nice, even folds that hold a crisp edge.

About Nürnberg Rauschgoldengel
The traditional symbol of the world famous Christkindlesmarkt that takes place in the main square of Nuremberg every December, these metallic foil angels were first made during the 18th century. Originally produced using real "Rauschgold," paper-thin sheets of pounded brass, these decorative holiday angels are also popular as tree toppers.
~ A Note about our 70-year-old Foil Papers ~
We carefully roll the foil paper to ship, but do be aware that the sheets may arrive
with some dimples and dings, which is inherent with this type of vintage paper. 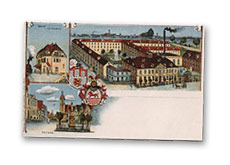 Antique Postcard from the Early 1900's
View of the German Manufactory
In the early 1990's, we were given a
private tour of this historic factory by
the owner. Part of the tour included a
visit to the third floor attic, where all
the vintage, no longer in use original
materials and supplies were stored.
The owner offered us the remaining
inventory of the old stock metallic
foil paper they had used to produce
"Nürnberger Rauschgoldengel" for
the German Christmas market from
the 1930's to the early 1950's.
Now nearly seventy years old, we
are delighted to share these rare,
made in Western Germany metallic
foil papers with our crafter friends. 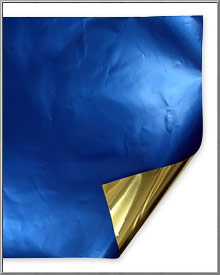 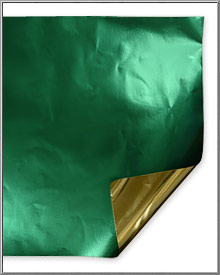 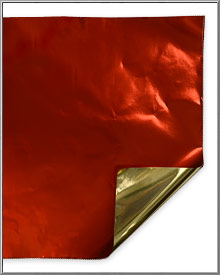 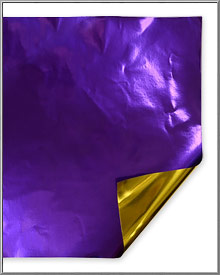 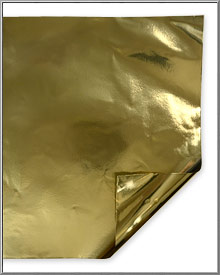 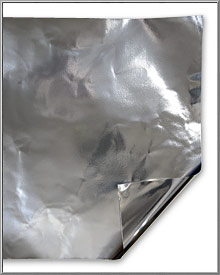